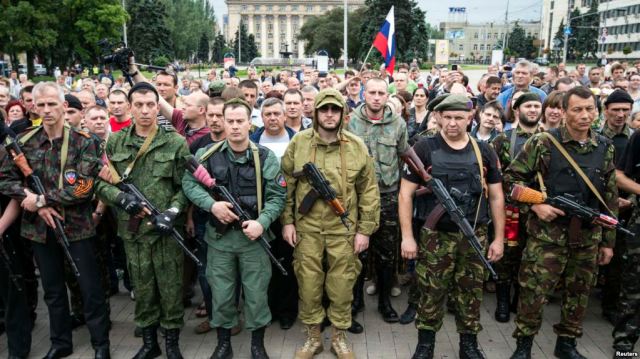 Russia is demographically, economically, and militarily weaker than the United States. Instead of competing with the United States in terms of hard power i.e. GDP, military strength, or military capacity, the Kremlin is leveraging its military and political instruments to challenge the western international order through alternative means – hybrid warfare.

In short, hybrid warfare prioritizes non-kinetic means of achieving strategic goals over conventional uses of force.  It disseminates political chaos and disunity within a target country as a means to shape its domestic environment that is more conducive to Russian activities and influence. Hybrid warfare can also be the means or the ends of a targeted campaign against another country. If, for example, one of Russia’s goals was to weaken the resolve of the NATO alliance in order to reduce their readiness and ability to combat Russia’s unilateral actions throughout the Kremlin’s so called ‘near aboard,’ then hybrid warfare by way of political disunity meets that goal. If, however, the goal is to make a target audience more receptive to Russian intervention and provoke a military conflict – as was the case in South Ossetia and Abkhazia; then hybrid warfare is also an effective tool for preparing and executing a fiat accompli.

Hybrid warfare can also be a force multiplier as it allows Russia to circumvent the West’s military and economic advantages by reducing their will to fight. It is a force multiplier because the targeted government or people of hybrid warfare are disillusioned through false media reports, fringe political parties, and cyber campaigns. These active measures are designed to sap the will, resolve, and political cohesion of target audience and reduce or eliminate their ability to resist the Kremlin’s influence.

However, according to the Kremlin, it is actually the United States that is using hybrid warfare against Russia and other regimes around the world. In fact, in Russian the term hybrid warfare is a direct translation from that of the English counterpart – ‘Gibridnaya voyna.’ This can be seen as a reflection of the direct origins of the word and therefore, also the origin of the tactic in which it references. According the Kremlin, the United States has used Gibridnaya voyna in Ukraine, the Arab Spring, and other revolutions around the world, including Moscow in 2011.

As the oligarchic and autocratic leader of Russia, President Putin is quite concerned of a covert and American supported revolution against the Russian regime.

Hybrid warfare is not a new phenomenon; the blurring of politics and war is as old as conflict itself. According to the prominent Prussian general and political theorist Clausewitz, ‘war is not an independent phenomenon, but the continuation of politics by different means.’ Meaning politics and war are a part of a continuous spectrum and therefore inseparable. The only distinction between politics and war lies within their own intensity and placement along this spectrum.

President Putin’s use of political manipulation, corruption, and propaganda, to achieve political and strategic objectives is therefore, an act of a new type of war.  A war that was designed to forgo the conventional red-lines and triggers of combat.  A war in which, politics and money are prioritized as weapons over kinetic force as a means to achieve strategic goals.  The reason why hybrid warfare has been so successful is due in part to the interconnectedness of the world today.  Now, more than ever before, there exists countless points of leverage between states in which one can influence or impact the actions of another.

This means that the West should not respond with conventional force.  Instead, the West should pursue two basic strategies, deterrence by denial and expose the Kremlin’s activities in what is known as the ‘sun-light policy.’

Russia can be deterred by denying the Kremlin the ability to act.  Hybrid warfare, like most forms of conflict, favors those who act first.  Therefore, if Russia has the ability to implement its strategy via, propaganda, corruption, or fiat accompli foreign policy (such as Crimea), then it is already an uphill battle to ‘re-take’ and push Russian influence out.  Instead, the West must focus on strengthening their political institutions and increase the the legitimacy and freedom of the press in order to deny Russian influence.  Other industries such as banking and finance must be restructured and made more transparent in order to stop the flow of laundered money throughout Europe.

When the EU and the United States can deny Russia the ability to influence and corrupt at will, they should continually work to expose the Kremlin’s deeds and shine their spotlight on the corruption and theft occurring inside Russia.  And, when the Kremlin stops claiming foreign policy victories abroad, domestic unrest will grow from within and weaken Russia in a way the West cannot.